Posted by aliciaescott on October 28, 2015 in Uncategorized |No Comments

On September 30 2015 the Bureau traveled to the University of San Francisco to conduct a field study #008 looking for words with students from Sasha Petrenko’s Artist as Citizen class.

Here’s what we found:

We collaborated with a bright group of people to create new words for the emotions, experiences and concerns for the future and the future present that they did not have the exact words to express.

While the group focused their energies on three phenomena in particular, others were also reported – please find these reportings at the end of this report back.

The first experience and emotion reported was:

“A feeling of having to repeatedly explain a proven scientific fact, especially one related to climate change” 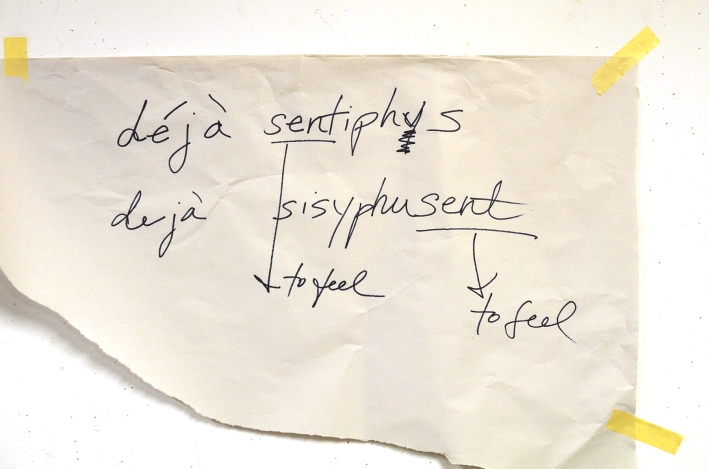 “A feeling of having to repeatedly explain a proven scientific fact, especially one related to climate change” 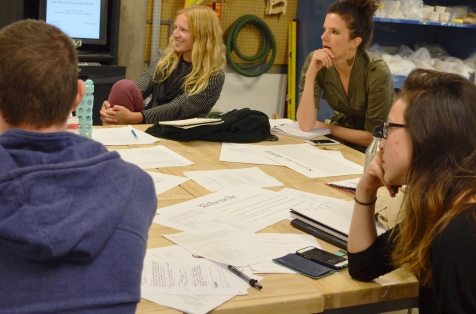 This word was initiated by Hanna Tannenbaum’s feeling of bewildered frustration from having a conversation and realizing the person she is speaking with does not either ‘believe’ in climate change or believes that it, or its direct correlation to the burning fossil fuels and other human activity, is a still under debate. Hanna expressed that in these moments she is taken aback and unsure where to begin explaining that 98% of the worlds’ scientists diligently studying this phenomena are in total agreement that climate change is indeed happening. Additionally Hanna feels frustrated that the person has either chosen to be ignorant, or has been intentionally mislead by unethical media sources. She also feels exhausted and burdened that she has to explain a proven fact over and over and over and over again.

Virtually everyone in Field Study #008 could relate to to this experience and collectively helped to coin Deja Sisyphusent.

Other words that were thrown out to describe this “frustration about the known” before the group honed on Déjà Sisyphusent were:

Déjà Sisyphusent is a Compound and portmanteau of:

Deja: French for again, as in Déjà vu

Sisyphus: The Greek king condemned to spend eternity pushing a boulder up a hill daily only to then lose hold of it each night and watch it slide back down the hill again.

Sent: a form of the French verb sentir which means to feel (thanks Emily!)

“a general malaise in the cereal aisle”.

Linda Ousley came to the Field Study with a reoccurring experience of returning to the US after being in a less industrialized country and feeling overwhelmed by the amount of consumer choices found in the US and burdened by the excessive materiality in our culture.

People in the Field Study could relate to this, not just upon return from another place but from experiencing: “a general malaise in the cereal aisle”.

Basically having too many choices for simple items such as cereal, but lacking really choices when it comes to the current American structures. This lead to a conversation about studies that have shown the brain can only handle between 5-7 choices in making a rational decision and beyond that the emotional brain kicks in. Something the companies populating the cereal aisle understand well.

The words brainstormed to help create a neologism for this sensation included:

Plethora is a word Linda loves

plethoradiction were played with before

and then amended to:

Another compound portmanteau from:

Over: Derived from Old English ofer, of Germanic origin; related to Dutch over and German über, from an Indo-European word (originally a comparative of the element represented by -ove in above )

Plethora: From mid 16th century (in the medical sense): via late Latin from Greek plēthōrē, from plēthein ‘be full.’ 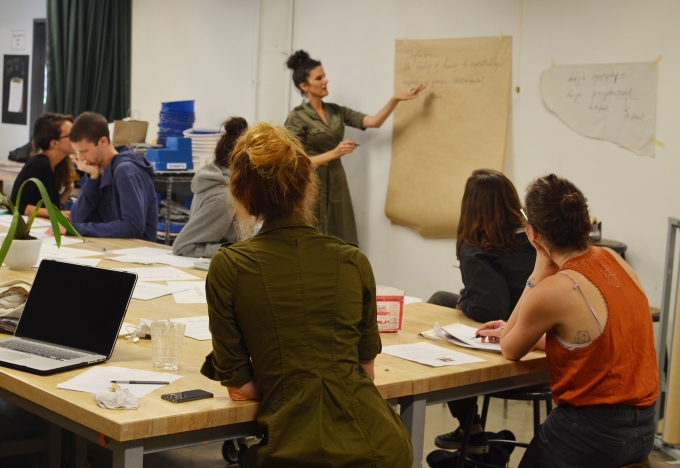 The Last Word that we coined was:

Conogic can be defined as the type of logic, mental trickery and self protectionism that we apply when we convince ourselves that we need a consumer good or device which we understand has profound negative environmental impacts but which will make our lives easier, more pleasurable or will increase our social status.

The rationalization of buying habits that support a-moral (or immoral) supply chains for the purpose of convenience or personal gratification…. or both.

Conogic is a portmanteau of

Other possible words for this experience that were brainstormed include:

Other experiences and emotions that the students expressed but that we did not have time to cover were:

Looking back and realizing things one did innocently as a child were harmful to environment.

The feeling of realizing that one used to judge environmentalists but finds that they have become one.

A sadness when “cuter” endangered animals get more funding than others, which are less attractive to us.

Or “survival of the cutest” syndrome.

The feeling of being surrounded by technology and “so called civilization” and then heading into “nature” feeling small and vulnerable but also home and free.

Frustration about people who think they are entitled because they are somehow “above” other humans and do things that negatively impact the systems we all rely on to.

The confused moment when one is throwing something “away” that is technically recycleable but one wonders if it’s really making any difference given the volume of waste humans are producing.